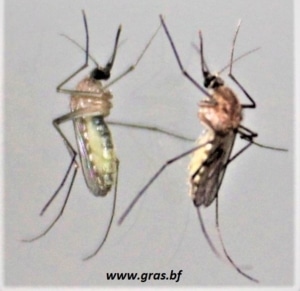 Today is August 20, 2021. It is the World Mosquito Day, vector of malaria through the female Anopheles. This date is chosen in reference to the important discovery of the British scientist Ronald Ross, who was able to show on August 20, 1897, that the transmission of malaria from birds is done by a mosquito.

A bacteriologist and entomologist in the British Indian Army, he received the Nobel Prize in Physiology or Medicine for his work on malaria. Since then, research has intensified around the world.

MIMVaC-africa (A multilateral initiative to foster the clinical development of effective malaria vaccine candidates in Africa) is to fight against malaria, which takes millions of lives every year throughout the world.

This consortium is a large interdisciplinary consortium formed by malaria vaccine developpers from academia, industry and NGO, plus clinical trial experts.

The mosquito is therefore at the heart of the work of this scientific research institute. Despite the significant progress made, it is important to protect yourself from mosquito bites.