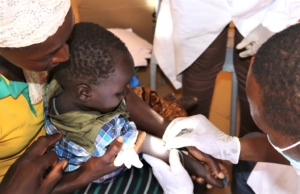 MIMVaC-Africa is a major consortium of a dozen universities and institutes around the world committed to the search for vaccines for a malaria-free world. Launched in March 2020, this consortium, largely funded by the European Union through the EDCTP programme, is coordinated by the Groupe de Recherche Action en Santé (GRAS) based in Ouagadougou.

25 April is International Malaria Day. It is an opportunity for all humanity and all actors working in the field of health to reflect in depth on this tragic tropical disease, which plagues millions of families throughout the world and in particular in sub-Saharan Africa.

To understand this, it is important to know that every two minutes, a child under the age of five (05) dies of malaria in Africa.

The latest WHO World Malaria Report (2020) has once again reviewed the major malaria issues of the last two decades. Despite the good results achieved with 1.5 billion cases and 7.6 million deaths averted, progress unfortunately remains stalled. 228 million cases and 400,000 deaths are still occurring.

This report draws the attention of the world and policy makers with alarming figures in Africa in particular. Of the 228 million cases in 2019 worldwide, about 94% of the cases are on the continent. Women and children are the main victims. 11.6 million pregnant women in 33 African countries (with moderate-high transmission) were infected with malaria (35% of all pregnancies). 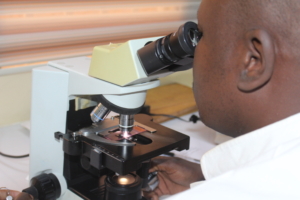 In Burkina Faso, despite the many efforts made by the government, technical and financial partners, and the international community, malaria remains the main cause of consultations and mortality among children under five and pregnant women. It is the least affluent social strata that pay the heaviest price.

Considered a disease of poverty, malaria greatly increases the impoverishment of our communities. Household expenses related to case management, loss of productivity, absenteeism from school and work, dangerously weaken the purchasing power of the inhabitants.

Faced with this gloomy picture of malaria in Burkina Faso in particular and in sub-Saharan Africa in general, GRAS acts as a real actor in the fight against malaria through medical research, in close collaboration with its national, sub-regional and international partners.

On the occasion of the World Malaria Day celebrated on 25 April 2021, the GRAS research institute would like to underline the important role it plays in health research, in this case in the search for an effective vaccine, the development of new generations of antimalarial drugs and the development of innovative strategies to improve access to diagnostic tools and effective antimalarial treatments. The Institute is actively involved in the evaluation of many of the 20 or so vaccine candidates under investigation worldwide.

The solid experience and wealth of expertise of the men and women who make up GRAS, the quality of its results and the loyalty of its commitments have enabled it to build up a great deal of trust, thus forging quality partnerships at both national and international level. 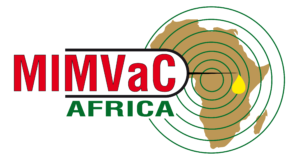 It is this intense activity that has led the institute to take the lead in the important MIMVaC-Africa Consortium. This is a multi-stakeholder initiative aimed at fostering the clinical development of effective vaccine candidates against different stages of the malaria microbe. Results are expected by the end of 2025.

It is a large interdisciplinary coalition of leading vaccine developers, clinical trial experts and malaria researchers from academia, industry and NGOs. They are Groupe de Recherche Action en Santé (GRAS) in Burkina Faso, Centre de Recherches Médicales de Lambaréné (CERMEL) in Gabon, Manhiça Foundation in Mozambique, Ifakara Health Institute (IHI) in Tanzania, Eberhard Karls Universität Tübingen (EKUT) in Germany, Oxford University (The Chancellor, the Masters and the Scholars of the University of Oxford (UOXF) in the United Kingdom, the European Vaccine Initiative (EVI) in Germany, the Leiden University Medical Center (LUMC) in the Netherlands, the Luxembourg Institute of Health (LIH) in Luxembourg and Osaka University in Japan.

The vaccine candidates shortlisted for MIMVaC-Africa are :

– Blood-stage candidates (the blood-stage development of the malaria microbe)

Research on these different vaccine candidates is ongoing in the coalition structures, with the ambition and purpose of solving the problem of malaria in the world once and for all. 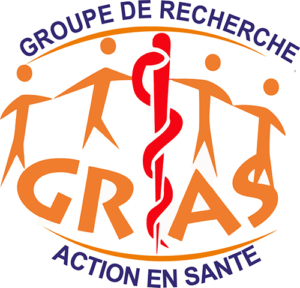 GRAS takes this opportunity to reiterate its gratitude to the State of Burkina Faso through the Ministry of Higher Education, Scientific Research and Innovation and the Ministry of Health. It also extends this gratitude to all the other national and international partners who accompany it in the daily implementation of its activities for the common fight for a world without malaria.